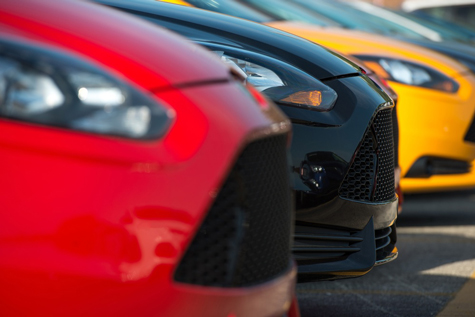 With over 90% of road accidents being caused by human error, cars that can monitor the emotions of its drivers may soon become a reality.

Scientists at Ford have been developing new car technology that they hope will cut down, or even eliminate driver error and road rage. By using biometric sensors in their cars, researchers hope their new emotionally smart vehicles will be able to tell when a driver is stressed, tired, or even suddenly taken ill…  issuing prompts or alerts, or even taking over the driving itself in extreme circumstances.

On tests using a customised Ford Focus RS prototype rigged up with skin sensors and fitness trackers, drivers were deliberately put in controlled extreme driving conditions, as the car’s LEDs lit up when heart rates were elevated, excess sweat was detected, or sudden violent moves were recorded. Combined with driverless technology, these might be the kind of responses at which point a car would either sound a warning alarm, or take over driving completely from a driver.

So is this the future of driving? Well, not just yet, according to Dr Marcel Mathissen, a research scientist at Ford of Europe, Aachen. Car manufacturers would first need to improve the actual technology that would monitor the drivers. “Our customers wouldn’t wear these kind of sensors. One of our biggest research topics is developing unobtrusive sensors, and the data quality is not as good as we would like to have it.” Facial recognition may be one such unobtrusive monitoring device, as well as steering wheel sensors and air sensors to monitor breathing (and yawning!).

Ford aren’t the only company researching emotionally intelligent technology, and research into monitoring the drivers themselves has been around for over a decade. But among the public, there is still resistance to such an invasive driving experience, not to mention the dent to a driver’s pride if a car did decide to take over the driving.

However, for nervous passengers needing reassurance, long distance lorry drivers working long hours, or perhaps all those drivers on New Year’s Day still dangerously over the limit, emotional cars may end up saving people a lot more than just a few pounds on their insurance premiums!