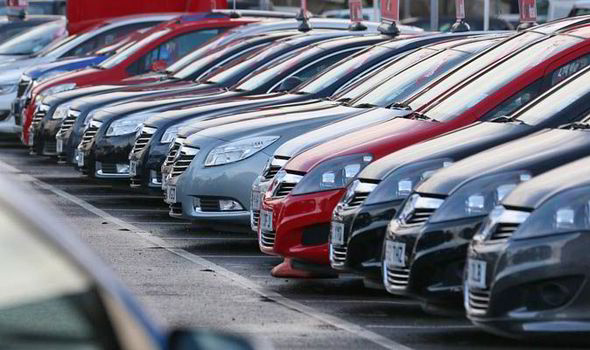 A Boost for the Used Car Trade…

Some good news for once, as research by showroom systems provider Dealerweb suggests that used car enquiries rose by 32% in the third quarter of 2017, compared to 2016.

From July to September 2017, while new car enquiries actually fell by almost 8%, and up to 11% for walk-ins, the used car trade saw a surge in internet, phone and even walk-in enquiries in the year to date, bucking many of the current economic trends.

“One inevitable conclusion is that consumers are looking to reduce their expenditure, and expect that to be possible by going for used rather than new,” says Dealerweb’s managing director Martin Hill, who attributes the new car enquiries’ decline on “uncertainty over the country’s financial prospects in a post-Brexit world.”

And if current trends are anything to go by, it looks like the UK’s used car trade looks set to continue to thrive, even if Brexit really does mean Brexit!